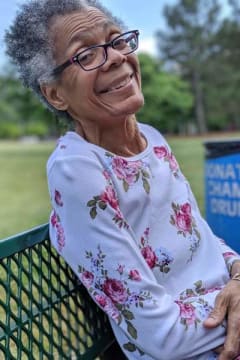 Sandra Kaye Booth was born on May 4th, 1956 to Nellie and Willie Booth, Sr. She received her education in the Atlanta school system. She graduated from Frederick Douglass High School in 1974 and pursued electrical training at IBEW (International Brotherhood of Electrical Workers) shortly after. Sandra was an Electrician for MARTA for over 20 years, and later successfully transitioned to the role of a Planner. She retired from MARTA to take care of her mother, Nellie Booth.

She peacefully passed on December 7, 2020 at the age of 64 in Riverdale, GA. She was a dedicated mother, grandmother, aunt and sister. She is survived by 3 children: GiMarcus, Kachia, and Kala, and 2 grandchildren, Malik and Malia, as well as many cousins, nieces, nephews, and beloved friends.

Our family thanks you for your love and support during this time, as well as all of your condolences.

Auntie Sandra was always vibrant and welcoming. I'll remember her smile and sense of humor most.
- Bryanna Barnes
My condolences to the family 👪. Sandra and I worked together for many years. She was a very gracious person and wonderful co worker. She will be missed.. Rest in heavenly peace.
- Clay Wilson

Leave a message to share your favorite memories and offer words of sympathy and comfort: