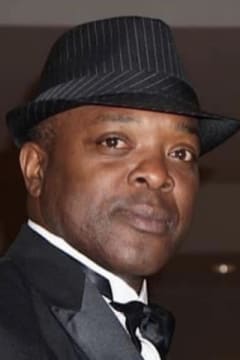 Lester Roy Coleman was born on September 19th, 1957 in Columbus, TX to the late Arlene Mitchell Coleman and Percy Coleman Sr. He was a graduate of Prairie View A&M University where he ran track.

Lester began his military career on January 9th, 1981 as an active-duty Army Air Defense officer. During his 20+ honorable years of service, Lester served in multiple positions of increased responsibility. Because of his hard work and dedication to the Army, Lester had the distinct honor of commanding twice. An honor only offered to the best of his field. One of Lester’s most rewarding assignments was as an ROTC instructor at Elan College (Burlington, NC) and North Carolina A&T (Greensboro, NC). In this assignment he was entrusted with some of our country’s brightest young men and woman. Training to follow in his footsteps as an Army officer. He received multiple awards, citations and honors. He was awarded the prestigious Legion of Merit upon his retirement as a Major.

Lester was united to the love of his life, Loretta Lowe, on August 13th, 1988. Throughout their marriage, Lester served in the army and worked as a federal civil service employee with First Army until his health no longer allowed him to work. A total of 38 years of honorable service to his country. In his pastime he enjoyed salsa dancing, golfing and cracking jokes.

On Sunday December 13th, 2020, Lester Roy Coleman transitioned from his earthy journey. He was preceded in death by both parents and two brothers: Percy Jr. and Arthur Ray. 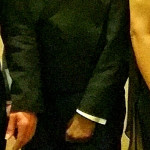 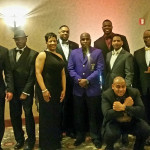 I will cherish your friendship forever my brother, you showed me the blueprint of what brotherhood is all about and I'll never forget. RIH my friend and brother.
- Gregory
We are very glad and honored to have met Lester. Lester was a great guy and we truly enjoyed the times we spent together. May you rest in peace! Yolanda and Ray Garcia
- Yolanda Garcia
Extending my condolences to Retta, Vic, and Bri. My God continue bestow comfort on you during your time of grief. May the warm memories you have of Lester evolve into a celebration of life.
- Donyale Towns
Extending my condolences to Retta, Vic, and Bri. May God continue to give you strength in your time of grief.
- Donyale Towns
I will truly miss you my friend enjoyed all your old jokes and knowledge sections. Guess know you can Salsa dance all day, You will be missed my friend. No more pain for you my brother Rest easy. My condolences to the Family GOD Bless
- SHAI BAZEMORE
Prayers for you and the family. I remember Lester from our military days at First Army and he was always such a great guy. May God continue to comfort your entire family.. LTC (R) Wilhelmenia D. DeVone-Harvey
- Wilhelmenia
Lester Roy, it goes without saying that our hearts are so heavy that you've gone to your heavenly home. Rest In Peace. You, Lorretta, Vic and Bri became a part of our family over 30 years ago and for that we're grateful. We'll miss you and see you on the other side.
- Brenda Hampton
Lester Roy, our hearts are so heavy. You've been a part of our family and life for more than 30 years. Rest In Peace friend. We're thankful for having you in our life. We'll continue to love on Loretta, Bri, Vic and Lenora.
- Brenda Hampton
Lester Roy, our hearts are so heavy. For over 30 years you've been our neighbor and most importantly our friend and part of our family. We'll miss you and will continue to love on Retta, Bri, Vic and Lenora. Rest In Peace.
- Brenda Hampton
Lester, I enjoyed our talks at work and really enjoyed your enchiladas during the potlucks. You will be missed my friend. I am happy that you are no longer in pain. Rest easy Sir, your mission is complete.
- Elliott Rogers
The Harvey family will cherish your memory for many years to come. Your assignment on this earth was complete. God has called you home to be with Him. Rest in peace my friend.
- Lester Harvey

Leave a message to share your favorite memories and offer words of sympathy and comfort: